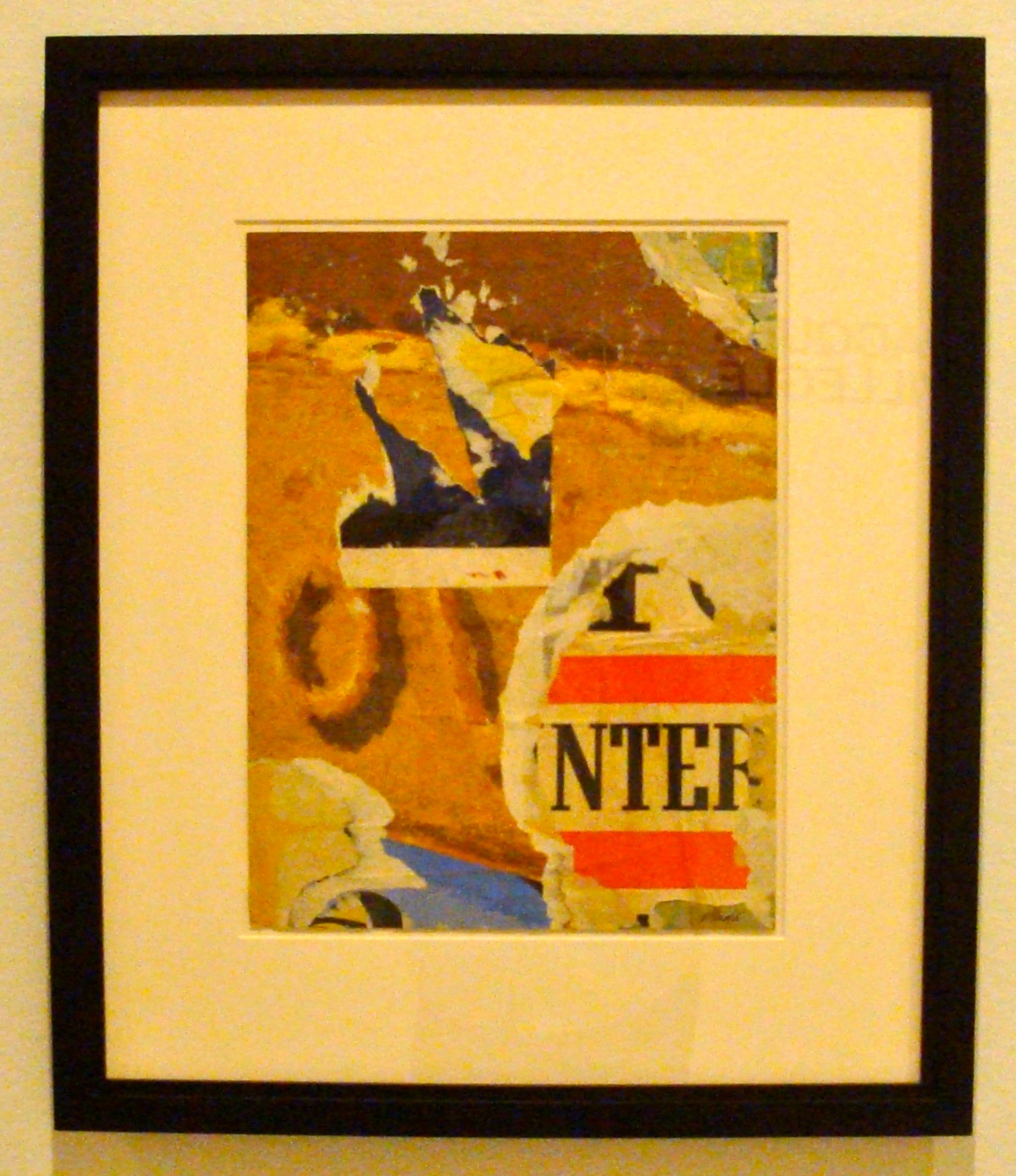 “The idea was really to take what was out there in the street and basically just select a section of it and frame it. All the work was really done by someone else, time passing, or the weather.”

“In the 1930s, the poster was called the “journal (newspaper) of the street,” something that really reflected society. And what I think I realized at the time was that the posters, as an art form, were always going to evolve and so there would always be something new to explore. In the 1950s for example, photography was not used in posters, it was still drawings.”

A keen observer of urban art and society, each of his works bears the name of the street where the poster was collected. For Villeglé the posters are as much witnesses as they are actors in their environment, and while he makes the choice of framing the final image, he is completely absent from the actual execution of the works, which have been created by an anonymous collective, which is why he describes his ripped posters as “lacères anonymes.”

Credits: All images, except the first and last, and all descriptors were photographed at the Vancouver Art Gallery (VAG) by clinock. Thanks to the VAG.

The first and last images thanks to Google Images.

Villegle quotes in italics and final write-up on the artist thanks to http://www.blouinartinfo.com