The art of the Face in Mexico, on doors and walls, is not quite as intimidating as those in my previous posting from Italy. Most Mexican street faces are mellow, even friendly.  Obviously the culture and history is different although both are strong Catholic countries with shared religious beliefs. I’m uncertain how to explain the contrast in the expressions – any ideas? 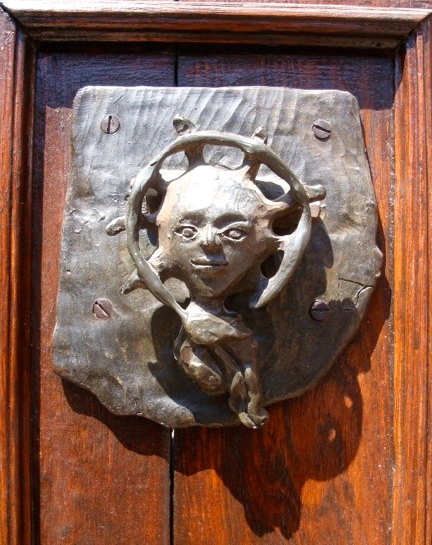 I love this little door elf, (or duende in Spanish), from San Miguel de Allende. 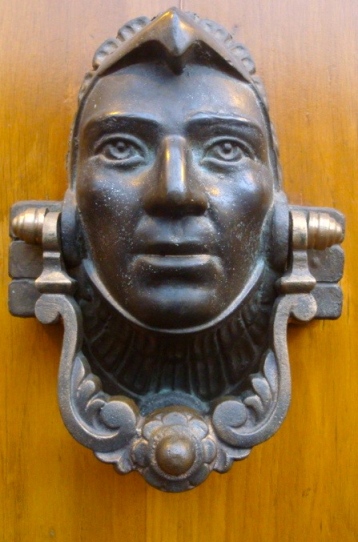 And here is a noble knocker from the same city!

This Oaxaca wall totem tries to induce fear but fails with an ancient humour. 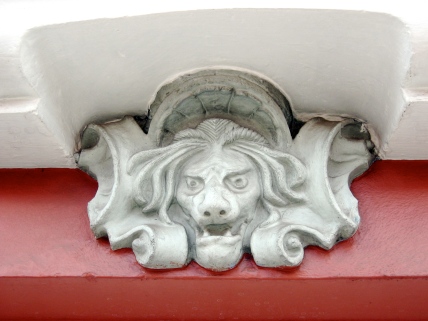 Whereas this lintel demon from the same city succeeds quite well – perhaps it’s an Italian import?

I’m not an intrepid world traveler or educated in social anthropology but I have visited enough countries to know that some, usually more ancient cultures, have embellished their urban and domestic architecture with these sculpted faces invoked from realms of imagination and the past. I feel very much at home as I walk dusty, cobbled streets in the company of grotesque beings peering at me from walls and doors. I miss this here in prosaic Canada where the stencil, mural or graffiti face is the equivalent visual expression.

all photos by clinock